Commission approved a change to the ordinance that would allow unattended tethering, on a trolley system, for up to 14 hours a day.
Despite this setback, group members didn't give up. Through persistent, polite communication and advocacy, they convinced the Commission to change their position, and on June 23rd, 2015, the Commission revised the ordinance once again to ban unattended tethering of any kind in Gwinnett.
After this success, the members of Gwinnett Animal Alliance realized how much more they could accomplish working together, under the same principles of polite persistence. They also wanted to expand their efforts beyond Gwinnett's borders. And so Animal Alliance of Georgia was formed. Just before the first of 2016, the group received their IRS 501c3 status, readying their efforts for the new year.

Animal Alliance of Georgia will focus on specific areas of interest: community outreach, including spay/neuter and vaccination drives in underserved areas and working to unchain dogs in Gwinnett and surrounding areas; and research, education, and public advocacy to encourage safe, humane laws.

AAG will partner with existing rescues, clinics, and other animal-oriented organizations to serve pets and their owners in the metro Atlanta area. 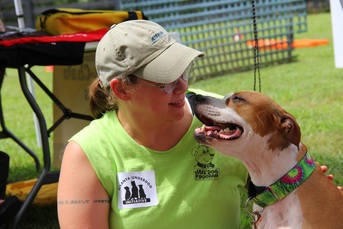 Jen Wagner was raised in southeastern Pennsylvania surrounded by dogs, cats, and wildlife. After she moved to Georgia, she became involved in animal rescue due to dog fighters in her neighborhood tossing out dogs that didn't meet their standard. She spent over 10 years volunteering with Society of Humane Friends of Georgia, including four years deeply involved in Operation Second Chance: Jail Dogs, and spearheading outreach events in southern Gwinnett's underserved neighborhoods. Seeking to concentrate her focus on outreach, she joined Animal Alliance of Georgia in 2015. As Outreach Coordinator, Jen plans to partner with other local rescue and animal welfare organizations to best serve the local community by bringing free and affordable spaying and neutering, vaccinations, and other assistance to pet owners in need. Jen has been married to her husband, Marty, for 14 years; they have a teenage daughter. The Wagners have two dogs and four cats, all rescues. In addition to her animal work, Jen homeschools her daughter, and likes to cook, game, read and garden. 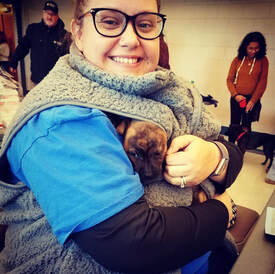 Sandra Getz was born and raised Germany and Georgia. Sandra graduated from Rutgers University, New Brunswick with a degree in printmaking. Before moving to Georgia in 2014, she was the Operational Director of an arts non-profit out of Princeton, New Jersey.
Once in Georgia, Sandra began volunteering at the local animal shelter. During this time she wanted to do more and realized that the key to lowering shelter intake numbers is directly linked to spay and neuter accessibility.
Sandra joined AAG in 2019. She believes that the best way serve the local communities is by bringing free and affordable spaying and neutering, vaccinations, and other assistance to pet owners in need. Her personal mission is that animal welfare, loving and caring for animals, should not be limited to socio-economic advantage.
Sandra is married to her husband for 6 years.  The Getz's have 3 dogs and a mitten mafia of six cats, all rescues. In addition to her volunteer efforts Sandra works for UGA as an administrative manager and tries to grow tomatoes every year. 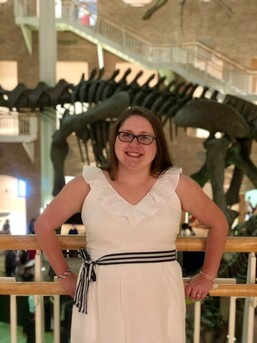 Amanda Holley was born and raised in Columbus, Georgia. Since she was little, Amanda knew wanted to be a veterinarian after watching the abuse of dogs in her neighborhood. Upon graduation from high school, Amanda enrolled and earned a Bachelor of Science in Biology from Columbus State University, Columbus, Georgia. Immediately following her Bachelor’s degree, Amanda earned a Master of Science in Biomedical Science with a thesis emphasis on the study of canine heartworms from Auburn University. Finally, Amanda earned her Doctorate in Veterinary Medicine from UGA in 2016 with an emphasis in small animal medicine. Almost immediately after graduating with her veterinary degree, Amanda became involved with several animal rescue groups in the surrounding Atlanta area. Amanda has been helping with AAG since 2017. Currently, Amanda resides with her husband Andy and their fur kids, all of whom are rescue babies.